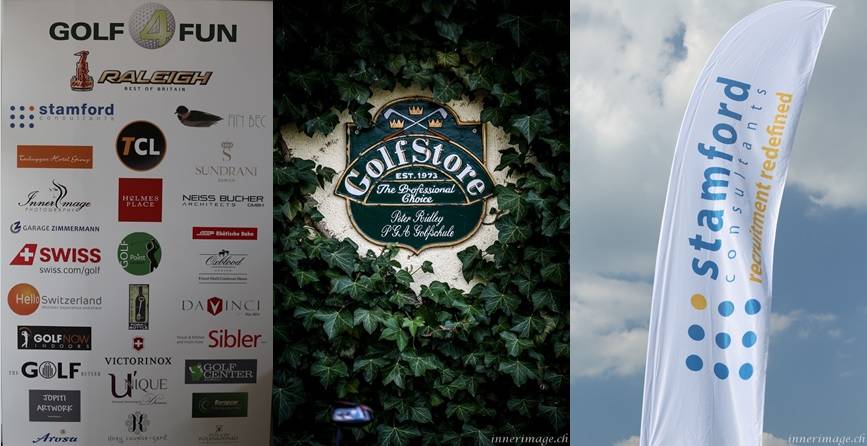 Sunday April 13th, a date significant for its being the start of the Golf 4 Fun 2014 tournament series, as well as the last day of some crazy golf championship played in Georgia USA ( Well played Bubba ! )

A  field of 65 players were eager to get going with the mood helped by the near perfect weather conditions. Such a large contingent would require military precision by the organisers to ensure all the flights got away on time,  and they did not disappoint. First we were presented with 2 balls ( that’s two Nora and only two ! ) a bag of snacky goodies,  a handful of tees  and a bottle of water, all  kindly donated by the sponsors. Mark and Helen B had also generously donated a crate of beer although at 9.30 in the morning it was a tad early for me, but I am sure the later flights and the less temperate members enjoyed it. Then the flight photo , this year supplied  by a new sponsor/partner Inner Image with the photographic hardware in the capable hands of Ron Clark. The results of his day`s efforts are posted on the website ( beautiful people ). A few words from club starter Jürgen and we were ready to go . 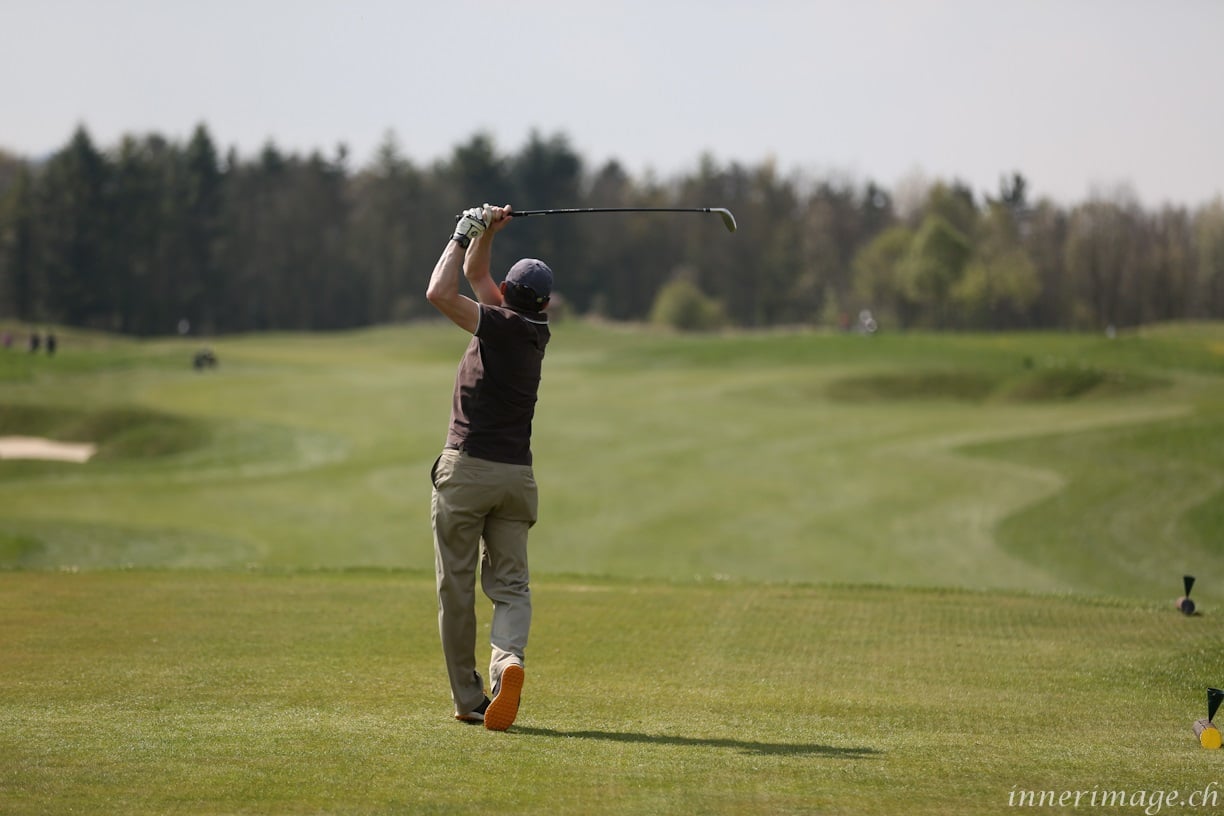 I had been practising my game throughout the winter season thanks to the Ryder Cup Indoor tournaments and Dawn`s desire to learn the game resulting in many visits to the Pitch and Putt in Bad Schinznach, and so I was optimistic that these would stand me in good stead for today’s proceedings.

The round started in an unspectacular fashion although it soon became clear that there would be many a provisional hit as the rough gobbled up anything slightly off line. Indeed, I too spent some time in the longer stuff looking for balls following my own increasingly directionally challenged hits with the big stick, the only bonus being I found more than I lost. 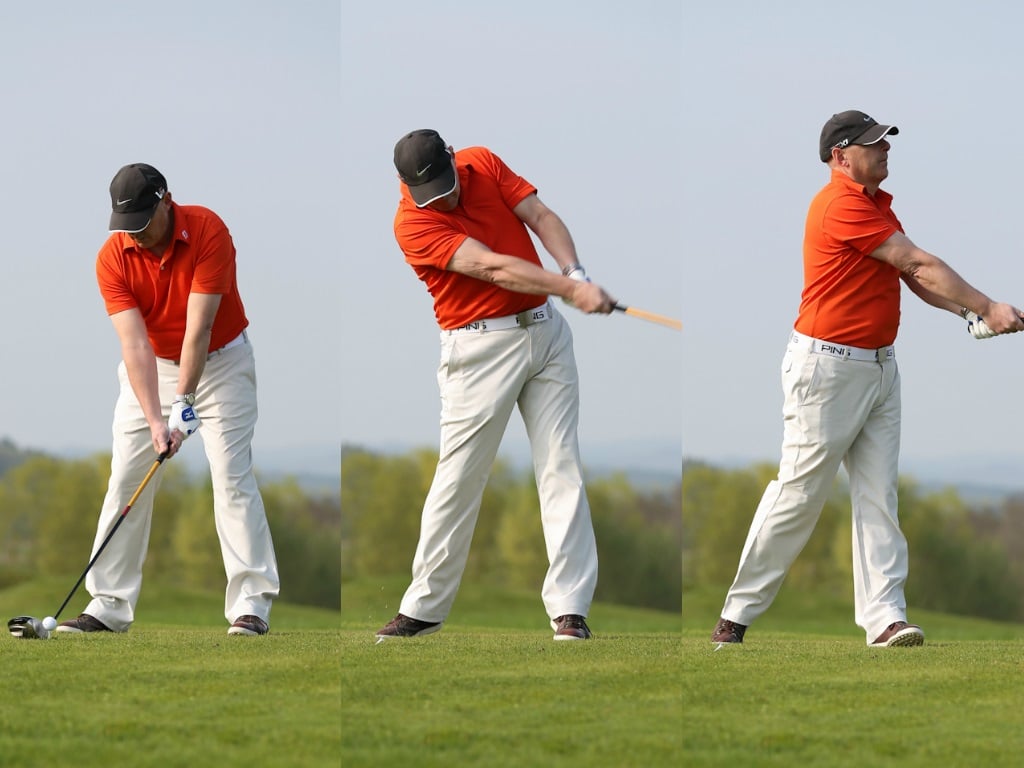 Then came the seventh and a hole that will forever change my approach to playing. Having hit the perfect drive I found myself in the greenside bunker with my second. No dramas, just another sand save. However, the golfing gods had other ideas, as I miss hit and the ball flew into the nearest solid object, namely the forehead of one of my flight Thomas R.

After a few heart stopping seconds I realised that a phone call for an air ambulance was not necessary, and despite a bit of claret (yes, the red stuff) Thomas was, he assured Siegi and me ,fine and it could happen to anyone etc. However, after this incident I will be paying more attention as to where the rest of the people in my flight are before playing.

Despite the mishap Thomas, who obviously is an untapped football talent, headed my errant shot onto the green,  but the adrenalin pumping around my body caused me to 3 putt. The next two holes were a bit of a blur as the earlier incident was still in my mind. After playing the ninth Thomas received immediate first aid with some ice to place on his head injury which seemed to help. 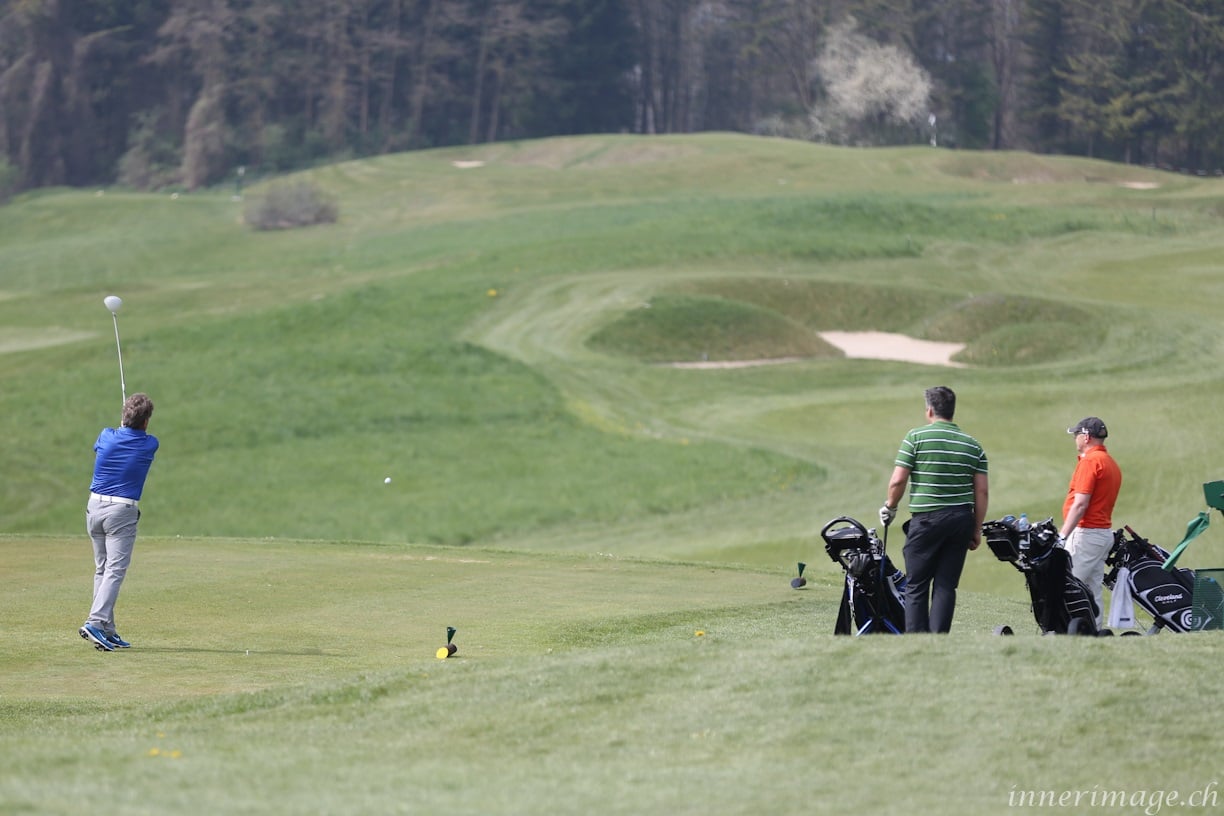 So, after a disappointing front nine it was off to the 10th. My enthusiasm was short lived as once again I found myself in the bunda. This format was to continue with the found ball account receiving a withdrawal on the 11th as I deposited 2 balls in succession into the drink for a blob.

Next up, the challenging Hole – in – One  12th. Once again this Par 3 kept its prize of a Raleigh Bicycle safely padlocked for another round and we will get another crack again in July.  ( NO CHANCE) 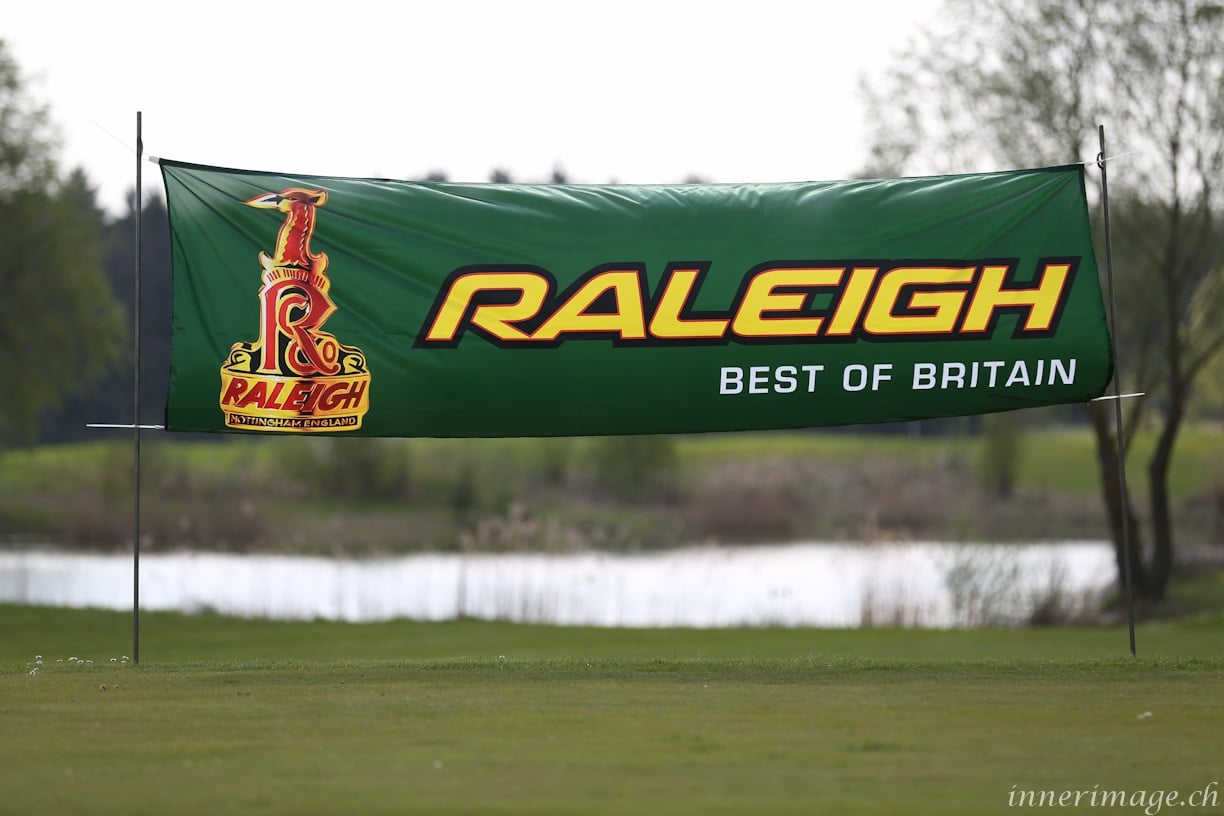 My round continued as it had all day, although I was now finding fewer balls as the trips to the jungle became less frequent, which obviously upset my rhythm as hitting from the fairway had become an alien experience and overall resulted in a disappointing 21 netto points for my 5 hours of effort. At least my flight partners fared better with Siegi picking up a prize for his score and Thomas managing a respectable score himself despite the cranial injury, courtesy of yours truly.

Today for me it really was – Back to earth with a Bump! 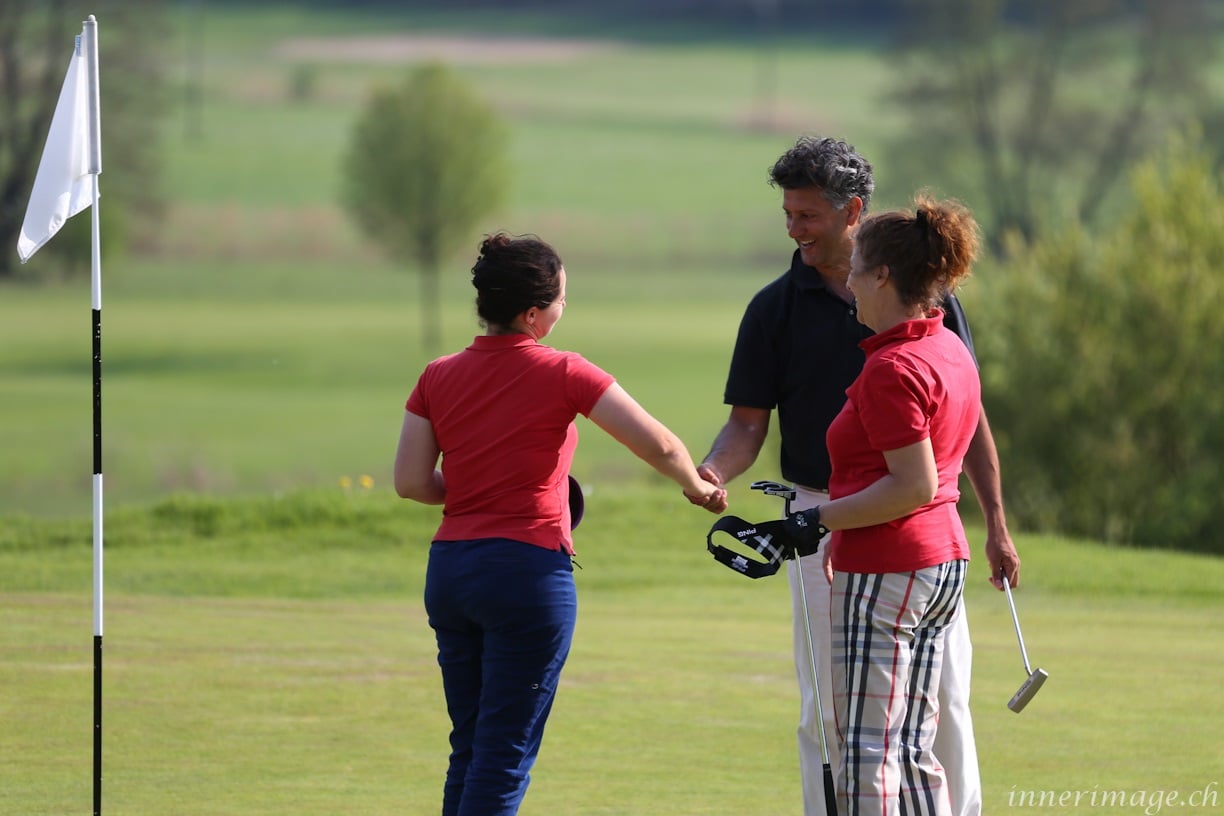 A big thank you to Nora, Dawn, Charlotte and everyone who helped to make this a great start to the season.  I am looking forward to Round 2 at Emmental in May. Before that the Spring Break in Italy beckons and I would just like to assure my fellow golfers that protective headgear will not be required.