Golfers !!! —-Yes, round 2 Emmental, and a return to the alpine course near Burgdorf which this year produced a number of different sensory experiences. I forgot the oxygen again!!! 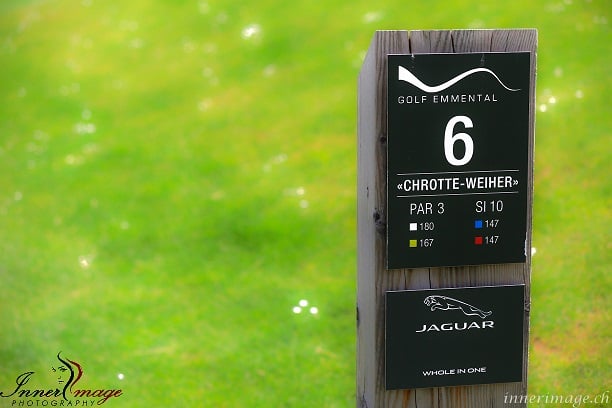 We had the benefit of bird song for sure, as the sun shone and the gentle melodious sound of cow bells held in the faintest of breezes. However, as the day progressed I would find myself hearing sounds that were not, let`s say, at one with nature.

The chorus began with the third flight as Hau–Kit powered an iron down the middle of the opening short par 4 with a cry of –Mashed Potato !! – (obviously a James Brown fan). My effort, however, was more pease pudding cold as I hooked my driver onto the second fairway leaving myself no approach and chipping out onto the correct strip of green to end blobbing the first – not a good start.

As the round progressed, and I eventually started playing golf, cries of FORE began to appear more regularly and once again reached a crescendo as we approached the 10th, 11th and 12th which lie parallel to each other and has become known, to this author anyway, as gunshot alley. No doubt voices had been fortified by the return of Evelyn’s mouth watering mid- round snacks partaken of at the end of the eighth hole. 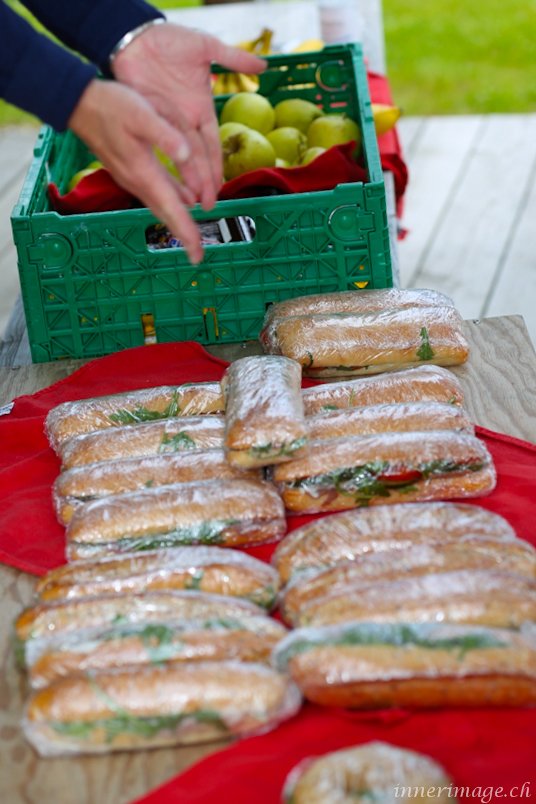 But hark, what is this ? Luke Donald has joined Golf4Fun ? Wow, what kudos!! I was referring to what I initially had heard as —Luuuuke— being called, only to realise it was the reaction to Jay`s latest fashion statement and the calls were those of the graminivorous ruminating quadruped – that’s cow to you and me .

There was one sound missing over the (longish) 5 to 5 and a half hours` playing time. No roars or cheers from any of the participants to acknowledge a single stroke that could win the nine litres of wine on the 9th nor the Raleigh e bike on the 6th – which remains as elusive as ever. 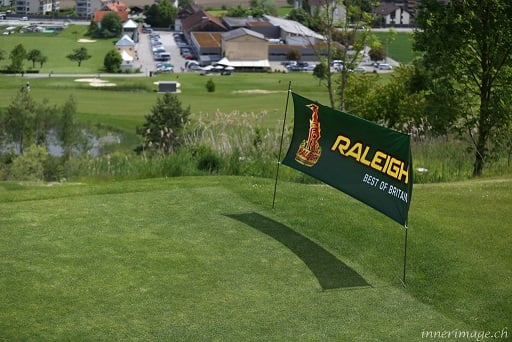 I managed to join the ranks of the errant drive on the 18tt, as I hooked it high and left to land on the 7th green –unfortunately occupied at the time – however, with no resulting injury as in Steisslingen.

Finishing the round, the next set of sensory sounds were the pleasant ones as golfers regaled each other with tales of daring and the odd birdie (another CHF 5 badly invested!!) 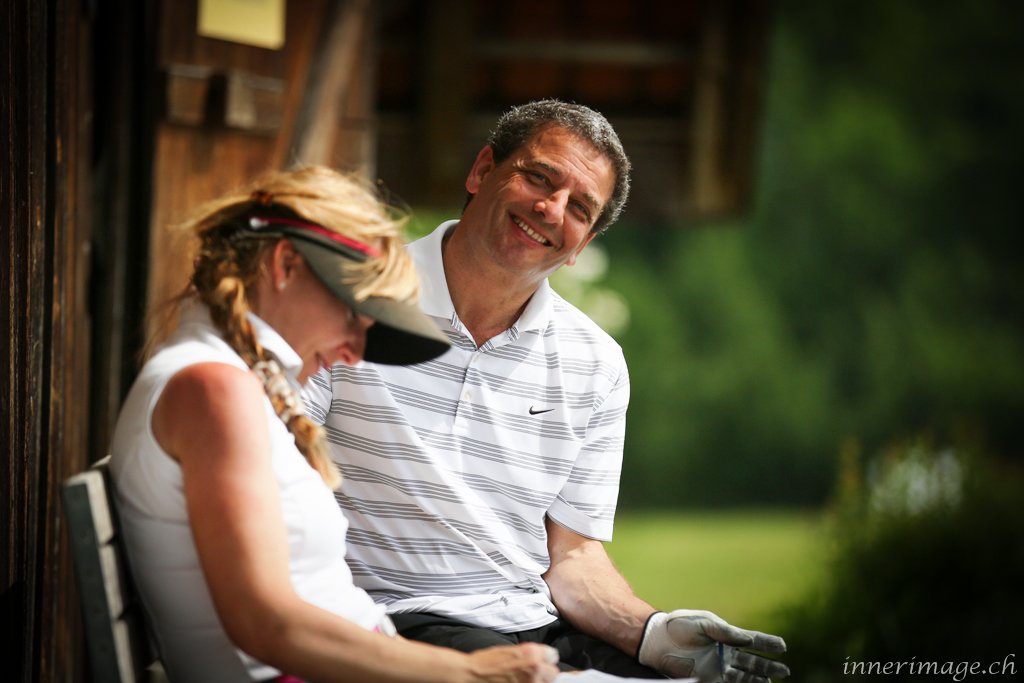 The chink of glasses , the cheers and hand clapping as various victors picked up their prizes and, finally, the sounds of farewells and — see you in Bad Bellingen — as the weary participants departed for home.

To sum up this player`s thoughts on Emmental I defer to the mighty Greg Norman who once said — I am a winner – I just didn’t win today .

I will, unfortunately, miss the next tournament, but to those playing, come June 14th…