After a lapse of some five years G4F was to return for round two to the canton of Bern and Golf club Emmental.

As it transpired we were to be bathed in sunshine, with magnificent views to the Alps, a pleasant change from the conditions some of us had faced at Spring break a couple of weeks before.

A number of us had decided to make a weekend of it driving the 1.5 hours from Zurich to stay in the town of Burgdorf, with its imposing castle, which had once been the seat to the Counts of Kyburg, looming over the houses below.

Arriving at the club, it was clear that with the combination of recent rains and the now warm sunshine had resulted in producing ideal growing conditions for the rough, and so accuracy was going to feature highly to result in a good score here.

Emmental is not a long course, at 5,465 meters off the yellows, and 4876 meters off the reds with a par of 72, but it is certainly a test for ones fitness with a number of both steep holes and transitions between green and tee in places. As a result with a combined age of 117.5 for our practice round we opted to take a buggy despite its rather high price tariff. 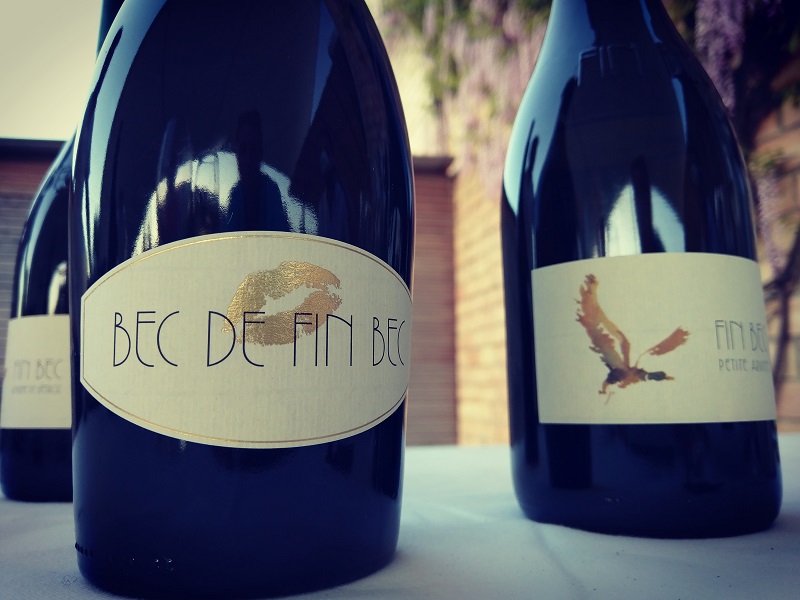 A thoroughly enjoyable afternoon was spent by all in the sunshine, the round a little slower than usual as we were following a junior’s competition. The course took a sleeve or was it a sleeve or two off me, but I learned some valuable lessons.

That evening we dined in an Italian restaurant just over the road from the hotel. I opted for a very good cordon bleu, and the service was excellent, enhanced by the fact that half the restaurants patrons left just before 8.00 pm to watch Liverpool vs Tottenham on TV slug it out for the Champions League football trophy being played in Madrid.

Following a restful night’s sleep and partaken of a hearty breakfast , we were off to the club as Dawn and I both had earlier start times just after 10.00 am.

It was another blue sky day, and the mountains in the distance were particularly spectacular this morning. Focus water and Ultra sun products from our sponsors were in high demand. Our main sponsor Stamford was again providing each player with a logo ball each which after the previous days efforts from this golfer was welcomed indeed.

Today being the tournament and with no medical exemption, I was to push my clubs round with a trolley. The one upside I could see to this is that it would reduce my cigarette consumption.

Not a good start with shot 1 landing on fairway 2 , encouragingly hit well thoug

h, the recovery however was not a good one , in fact I had no idea where it went . One down, points zero.

We continued our round, slowly scaling the side of the hill upwards before coming to the sixth where the terrain slopes steeply downwards. A spectacular Par 3 where wind and club selection are a factor in any attempt. This is the hole in one challenge and with a week in La Cala golf resort and spa on offer.

Alas, none of the 39 attempts were successful though my flight partner Peter F had a commendable effort. 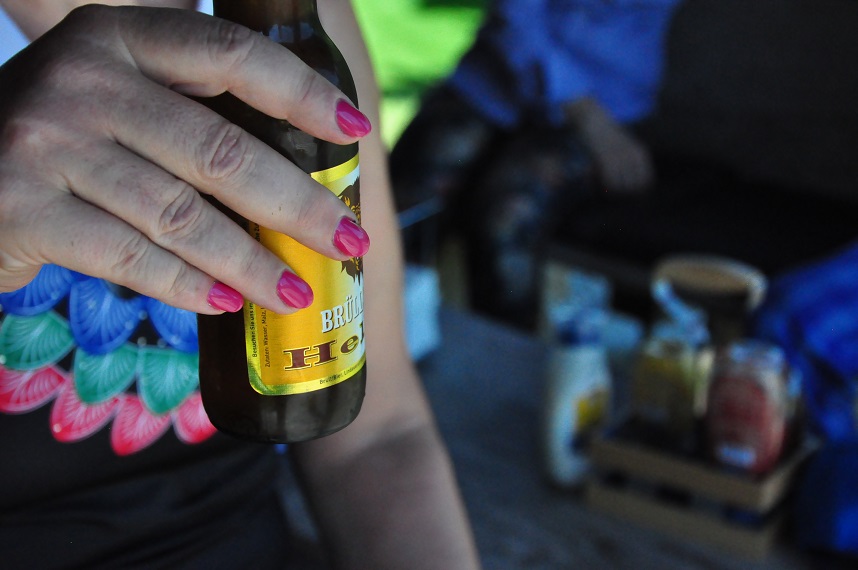 Finishing the eighth, had us at the mid round snack hut where Shirley and  Stella were helping today. There was a fine selection of sandwiches on offer and I also tried out one of Focus waters new flavours of Rhubarb and Mirabelle plum. Very refreshing!!

Nora was taking photos on the ninth tee, as well as throughout the round, not sure if she managed to catch my pitching wedge in there that gave me the hope of a birdie.

No birdie  — but just as an aside a hole in one there would of resulted in a stack of wine courtesy of a local sponsor.

The tenth saw us entering cannon ball alley, named so as holes 11 – 16 run parallel to each other in places and so there are frequent shouts of FORE !! across this stretch. My ears are still ringing from Tim H”s shouts as I stood on the 12th tee. 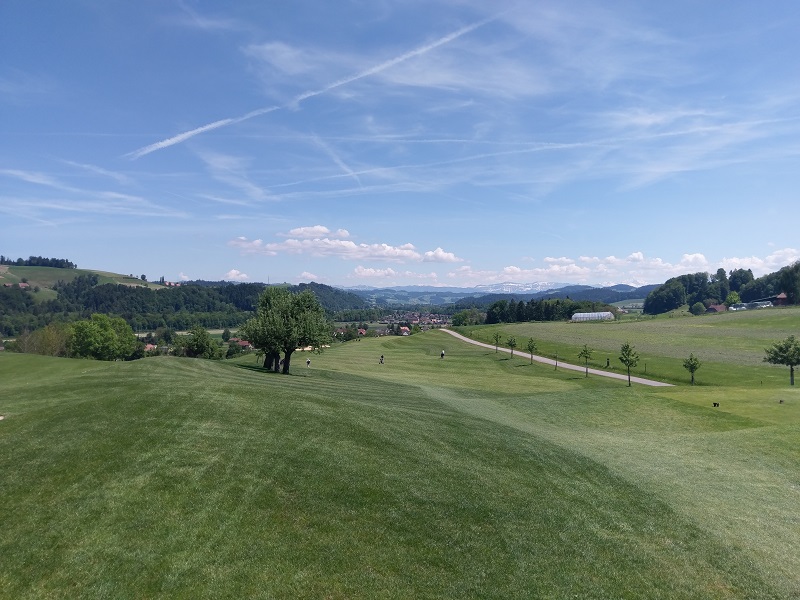 Competition holes followed with nearest the pin 14th seeing my other half in contention for a long time before Mr Trousers himself put in an impressive 1.16 meter effort.

My three ball survived cannon ball alley unscathed and we played, or at least some of us did, 16, 17 and 18 before heading to the clubhouse where each flight received their Aperos they finished. There was a fine selection of fare on offer with the flammenkuchen and the prawns my personal standout. The gelato stand did a brisk trade also.

Also with us today was Charlie, plying the wares of Finbec wines from the Valais, and as I had finished earlier then I could sample the Petit Arvine and the Johannisberg, very crisp and fruity, and I like some others placed an order or two.

The other days accolades went firstly to a highly polished golf performance from Mr Tim H in winning both the overall Brutto and Netto competitions, and so now faces the challenge of competing in the pro – 18.4 handicap category at Bad Bellingen come June 22/23 June. We wish him luck!!

In category 3 another big move for Paul M seeing off challenges from Steffen K and Antoinette V.

It had been a very enjoyable Sunday and it was made even better with our satnav Joanna taking us back home the scenic route thus avoiding some motorway snarl ups and arrived home a mere 10 minutes later than normal. 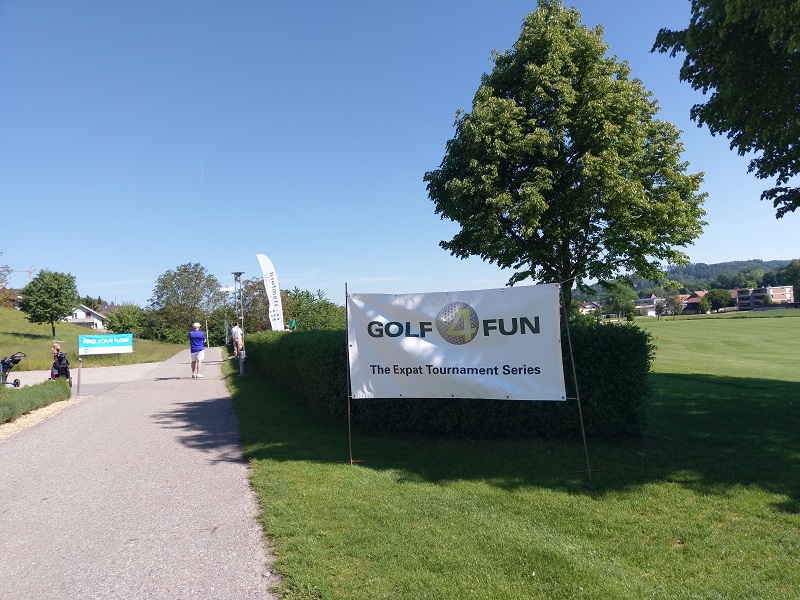 A big thank you goes to golf club Emmental for putting on such a good show both in the Sekretariat and the Kitchen. To Charlie for the liquid refreshment from Fin Bec wines, to the helpers on the day Shirley and Shirley, to Mark B for taking the photos at prize giving and of course to Nora and Daniel for the entire organisation both on the day but also behind the scenes beforehand.