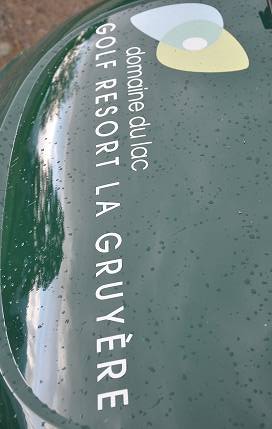 Personally I’m beginning to wonder – who stole our springtime!

Last Sunday we visited the spectacular Gruyere Golf Club for Round 2 of our HCP relevant official tournament series and well – Spring showers I can put up with but early Summer hail? Despite the weather, when the clouds did part we were awarded with spectacular views across the lake and to the newly snow-capped mountains. Despite, or perhaps because of the weather, all players remained wrapped warm during the entire round. 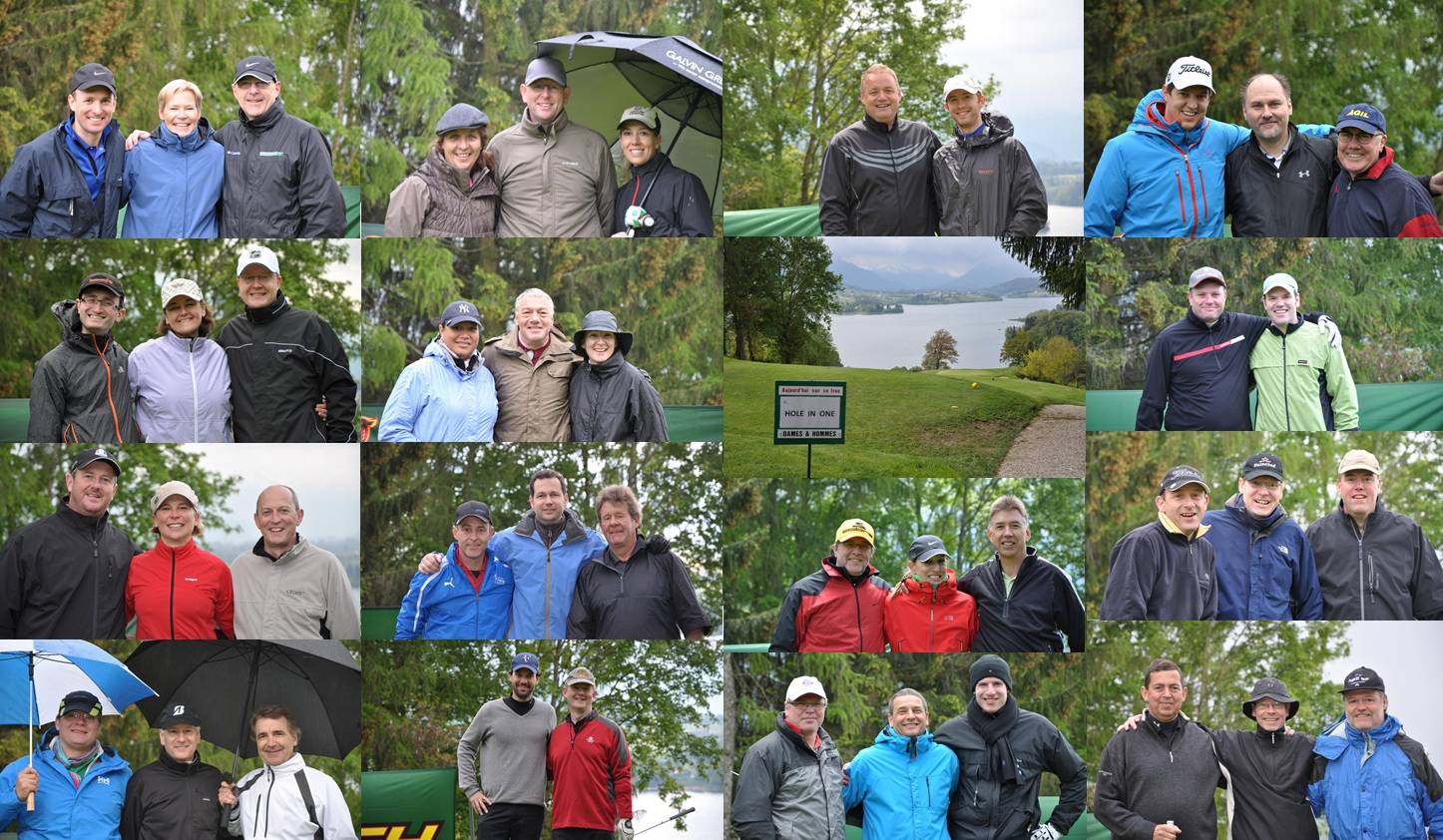 For their perseverance players were rewarded with the rare treat of an offer of reduced green fee from the club for their next visit to this spectacular golf course! So put the reminder in your agendas – we will return early August for our Friendly Round and hopefully some even more stunning photos!

Over an interesting and professional wine tasting provided by Yvo and Christine from Fin Bec Fine Wines the stories from the individual rounds were swapped as the participants waited patiently for the final flights to finish their rounds and the Ranking List to be finalised. 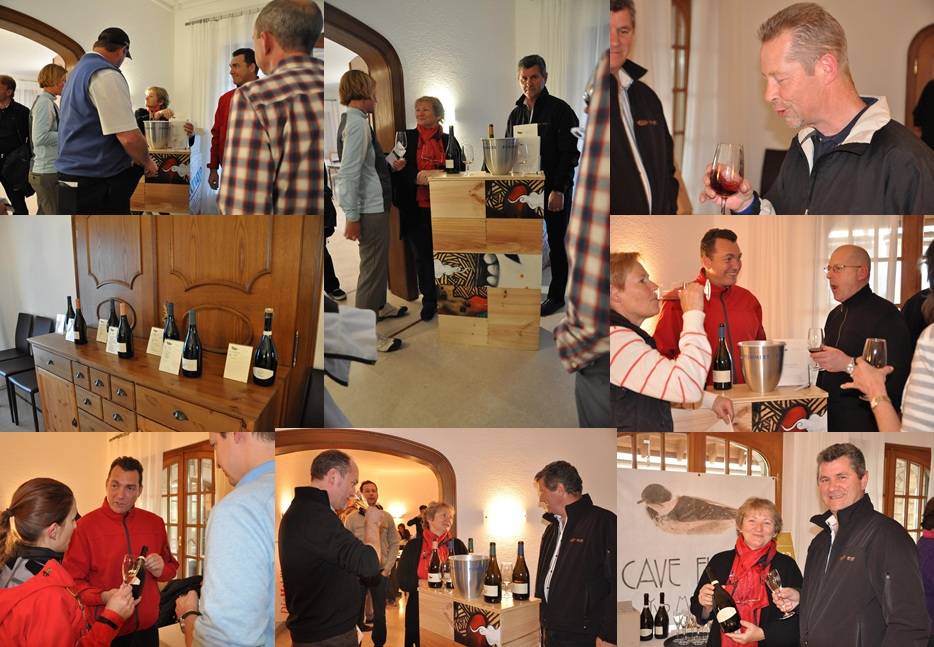 Once more, hearty congratulations to the many winners at Round 2!

David Squires on his first outing with Golf4Fun and Rainer Bendel as a newly HCP’d player are both the proud owner of new stands bags from TaylorMade Golf for the Netto scoring! Patrick Knab managed to personally nab 2 prizes – 100.- CHF voucher from our official Travel Sponsor Golf Butler for his Brutto in the mens category dominance as well as winning the Fin Bec Back Nine Challenge and receiving two bottles of Heide Sparkling wine. 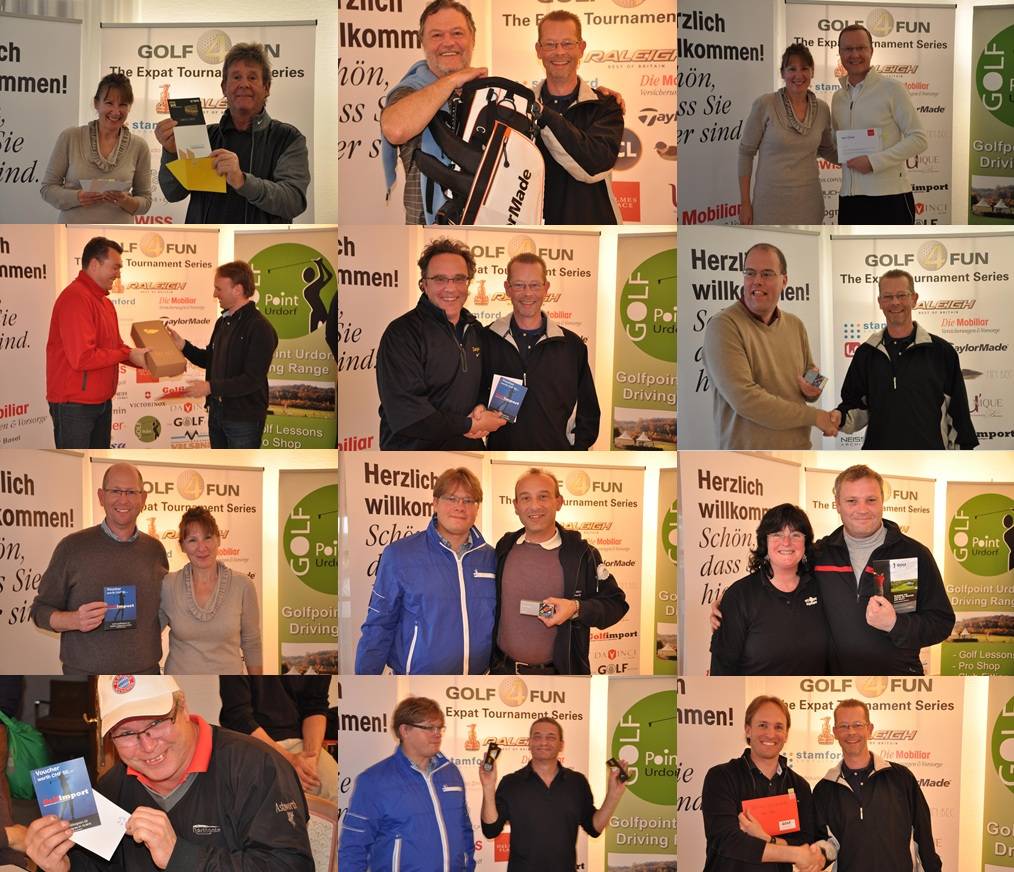 Patrick Bollbach also was the lucky winner of two prizes – shares to the total value of 100.- CHF from Da Vinci Invest as well as  a handy 50.- CHF voucher from Golf Import. Others who received Golf Import vouchers on the day include Jürgen Pichler and Jacques Emery in various prize categories 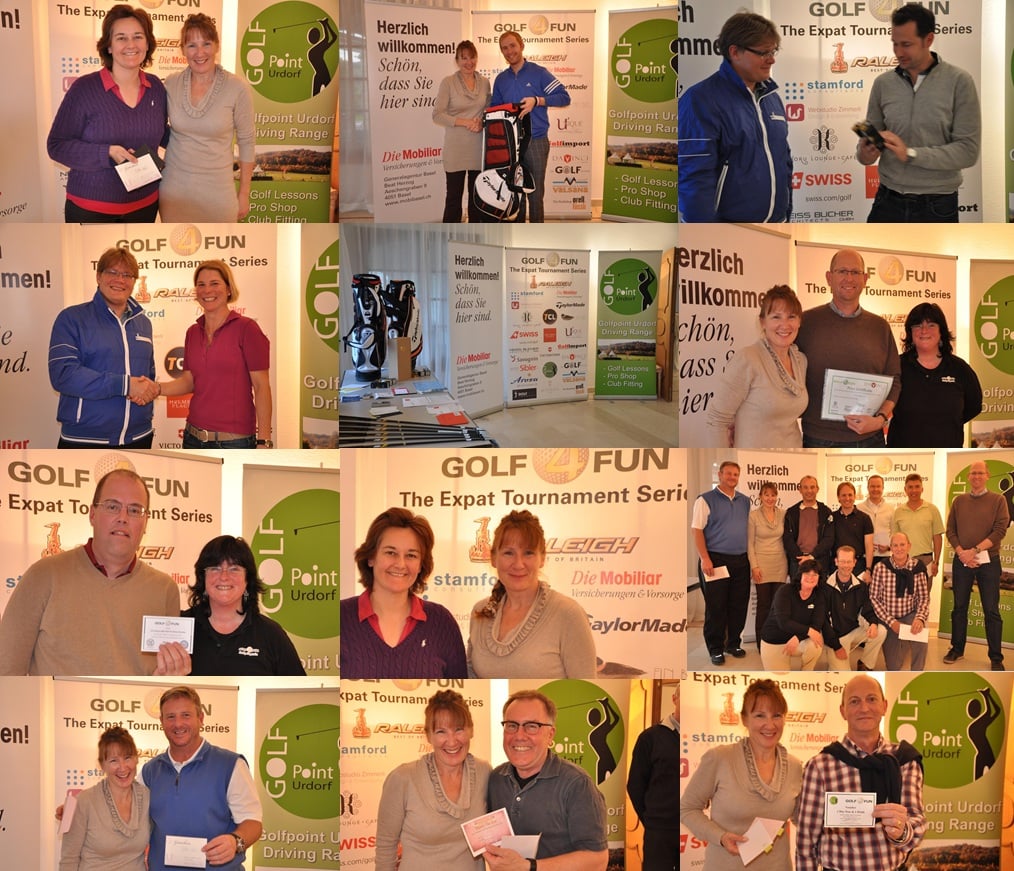 Antti Putkonen  and Theresa Patricios both received a one months membership from Holmes Place for their equally impressive finishing Brutto scores while new joiner Alison Taylor not only won the Ladies Brutto with an impressive 28 points, winning two day tickets for the Savognin Berg Bahn, she also managed to bag the Ladies Longest Drive with an impressive 200 meters and win a 50.- CHF voucher for Unique – congratulations Alison! 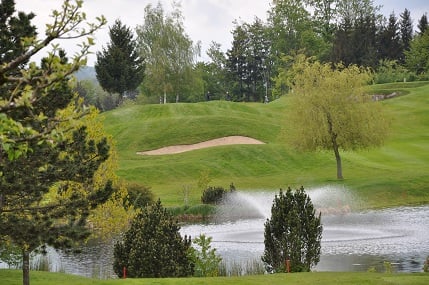 For their netto scoring; Colt Lake bagged himself an 80.- CHF indoor golf voucher while Peter Hössli received a 100.- CHF Sibler voucher. Paul Milner was another double prize winner – a half hour lesson with PGA Pro Brian Murphy for netto scoring as well as a cool Victorinox tool for the highest netto scorer on the day for the platzreife participants. Another Victorinox winner was Berni Brandenberger once again for netto scoping prowess! 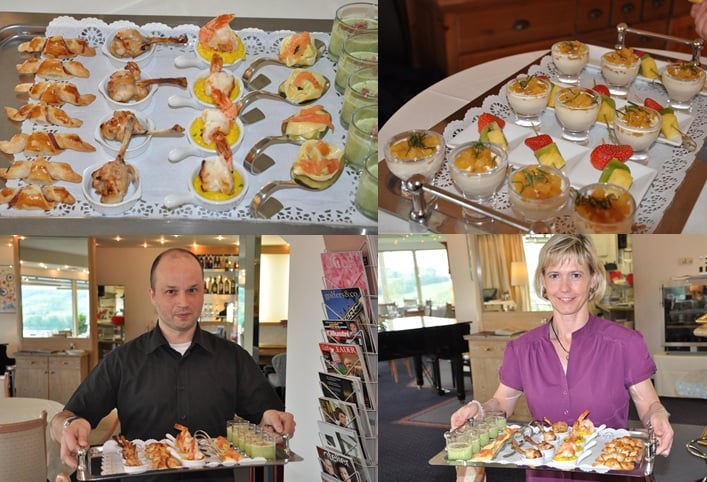 Despite the weather there were 10 birdies on the day, two of which were by Bernie Brandenberger (and I’m reliable informed there could easily have been three – congrats Bernie!) 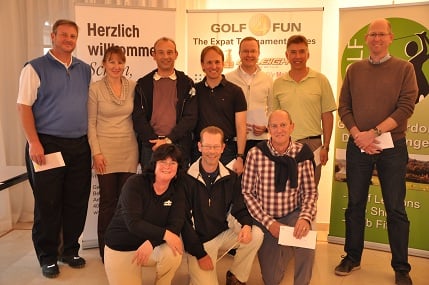 Spot prizes saw Dick receive a meal for 2 at Krishnaas, Bob got a 30.- CHF voucher for Unique, Siegi got a 50.- CHF voucher for Orell Füssli and Trevor got a day card for Golfpoint Urdorf. Lucky Loosers this time out were Oliver and Freddie both receiving 3 sleeves of Wilson balls sponsored by Manuel Neiss Architects Bureau 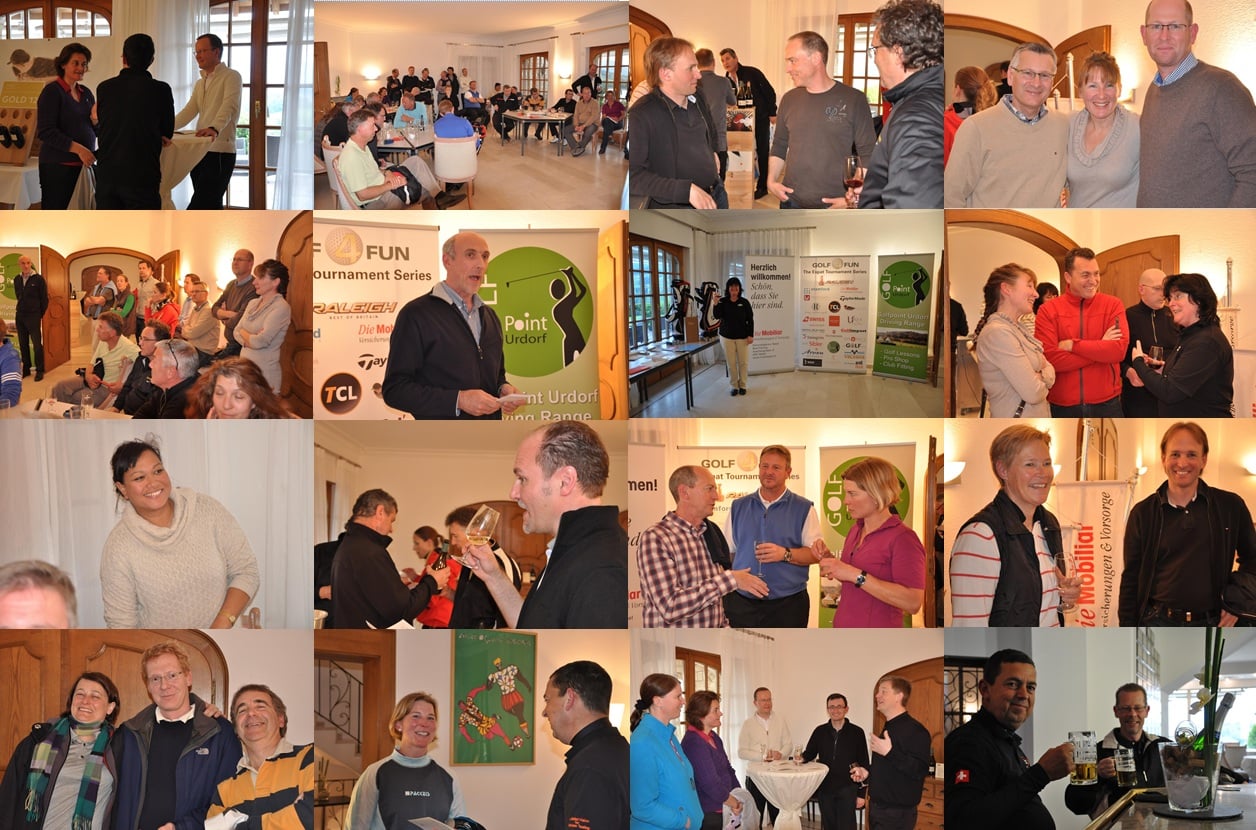 And now the Leaderboards have been updated we see the Jay Gilbert has carried his crown as King Tiger forward to round 2 while Myriam Schmidli also continues in her reign of Queen Rabbit until at least the next round.

And now some finals word for the people who made the day possible:

Huge thanks to Evelyn from Koru Lounge & Cafe: you’re unique approach to the mid round snack combined with the winning combination of bacon and eggs is proving an absolute beginner – we’re all looking forward to Bad Bellingen if only to see what wonders the mid round snack will reveal next time out!

Many thanks to Stamford Consulting and Die Mobiliar for such a great Apero and many thanks also to the many prize sponsors on the day!

Charlotte, Elliot, Siegi, Mark and Daniel: Without your support and help on the day things just would not work! A huge “thank you” from Golf4Fun!

To the team from Fin Bec Fine Wines: Wonderful wine and a wonderful wine tasting; many thanks! We look forward to seeing you again at Round 6 at the beautiful Emmental Golf Course.

To Jürg and his team at the Golf Club: Thank you for having us and making it such an enjoyable day – we will return!