Season Final – but no Cat-astrophe!

After a summer that had begun in April and still was very much with us, the great and the good of Golf4Fun descended on Migros golf parks largest installation in Switzerland to play the last of this 2018 tournament series. Not only were we competing for the spoils of round 8 but also for the overall seasons rankings, with things pretty tight at the top of the leader boards.

Some of us had been up to play the previous weekend in a friendly round, where we quickly discovered that the rough had taken on a second bloom, after some recent rain and that anything off line would result in the playing of a provisional and as a result good scoring would appear to be difficult to achieve today.

Today I was playing in a two ball with Manu, as our third had succumbed to a bug, and was unable to make it. At the time this gave me some hope of at least standing an outside chance of attaining a similar number of points to my playing partner to claim the match Manu prize. I was to be disappointed though as it transpired – Well done Sergio!

Shirley and Nora were there on the first tee to greet us and hand out the sponsors goodies and explain some last minute local rules. Just being the two of us, we fairly whizzed through the front 9 on the yellow course, to arrive at mid round snacks. Today it was PIES!  Generously supplied by those MMM Sausages people. I decided on the steak option – Delicious. As it transpires, there had been a very friendly moggy checking out the area, and in a moment of daring had managed to filtch one of said pies and retreated to sit on a wall to enjoy its plunder. After taking a few nibbles though the hapless thief discovered that they had taken the vegetarian one and obviously disappointed left their haul. Further attempts by the feline to swipe another were thwarted though by Nora and Shirley. 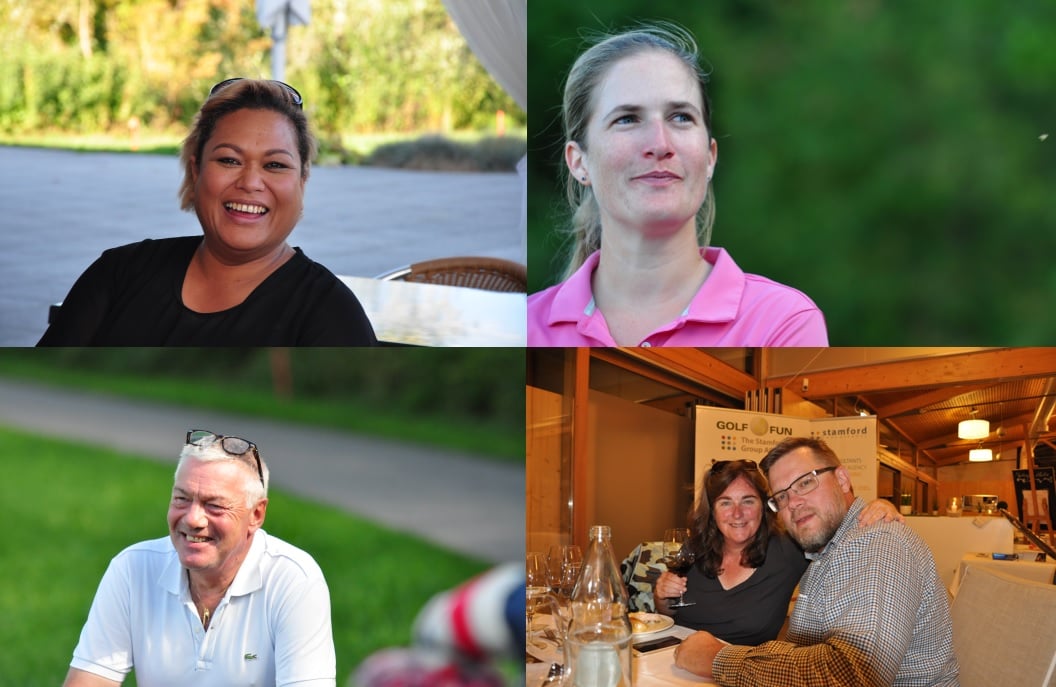 This golfer had also made an error in choosing a Snickers bar to take with me at the first tee , but by this time , with the temperature rising, had liquefied and thus remained in its wrapper. During the second nine, on the blue course, there were a number of individual competitions, which neither of us threatened. Longest drive on the third went to Irene for the ladies, whilst for the gentlemen it was Dick. Nearest the pin on the fifth saw Alex fire one in to 2.11 meters with Orators aim taken by Mark R. The hole in one on the seventh remained allusive, not surprisingly as by this time the wind was beginning to strengthen.

After enjoying a cold one on the 18th and having our flight photo taken by our honorary photographer for the day Nora, it was time for a shower and change. For a second year in a row we were to be treated to a sit down three course dinner for the season finale, again very kindly subsidised by our lead sponsor Stamford. Many thanks to Nicole! It really was a good dinner with the kitchen and the staff surpassing themselves. 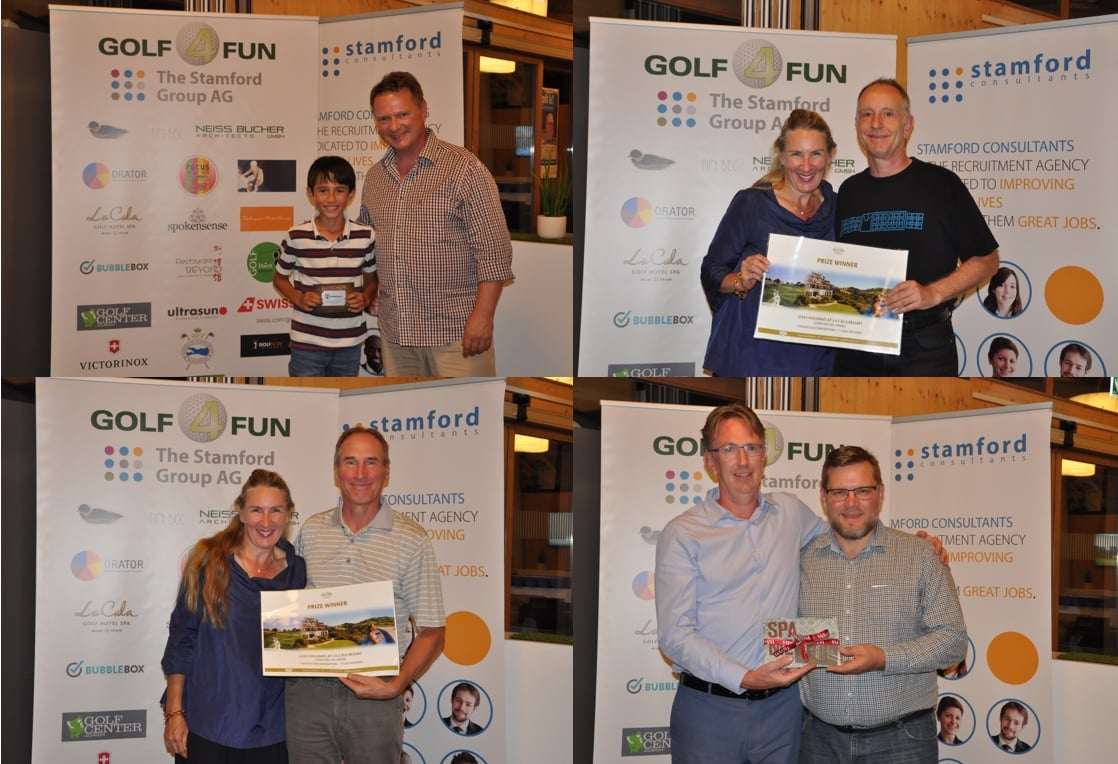 Winners on the day in their prospective categories were Bea and Mark R for Brutto, and Netto wins for Alex, Bob and our junior dynamo Euan.  Season rankings next, with Mark R taking top spot on the Brutto board , with Kenny just 5 points adrift closely followed by Mr Trousers Jay ( who today did not disappoint with a rather Jackson Pollock inspired pair of strides)

This year the Tigers season winner was to receive a week’s golf at the La Cala golf and spa resort in Spain, and a very worthy one it was, our Mr Irons   –Kenny. He just pipped Bob to it with only three points separating them. Winner of the Rabbits –  Euan – followed by Stephanie and in third place my one and only other half Dawn.  Raffle time!  Top prize another week in La Cala, to join the rest of the G4F members who visit there in the first week of February. All very exciting with a countdown, and the winner was Peter R. – Brilliant! 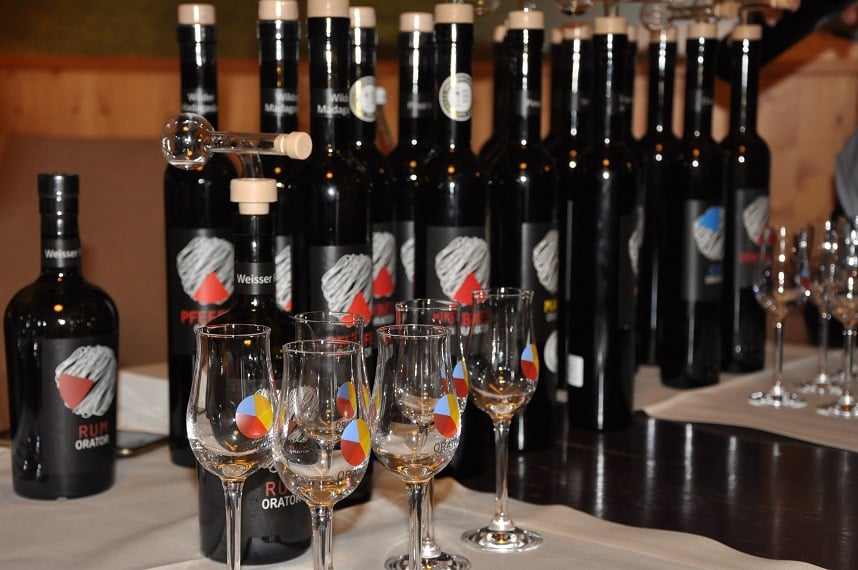 During desert we were treated to sample the alcoholic delights produced by our sponsor Orator with Christian and Eva Orator in attendance. I sampled a most enjoyable Madagascan white pepper infusion; although as designated driver it was just a sample.

Carriages – The weather meantime had deteriorated, with a down pour occurring. Naturally our car was parked as far away as you could be from the clubhouse and so a drenching was delivered. The upside being the car got a good wash.

So tournament season is over and it goes without saying that many of us owe a big vote of thanks and some hugs to Nora, for all that she does to ensure these events run smoothly as well as to the helpers especially our regulars Shirley and Colette. A mention should also go to the man in the background Daniel T M. Finally to  our sponsors for all their generous support over the last year

There’s still plenty of action though in G4F world and at the very time of writing a few lucky souls are enjoying a weekend at Crans Sur Sierre, with some of them getting to meet that Ryder cup hero Sergio Garcia !  (Gutted!) You can come along and join us sampling some delicious wines, rums and whiskies at a Von Fass event in Zurich Europa Alle October 26th. Then there’s the short game championship at golf point Urdorf with round 1 on Nov. 03rd.

Check out the website www.golf4fun.ch  for all upcoming events.

Finally on a personal note. Having invested a considerable amount of cash this season in my golf game I have managed to improve my handicap by 0.2. However it’s been great fun getting there. I am now saving up for season 2019, and look forward to seeing many of you there. 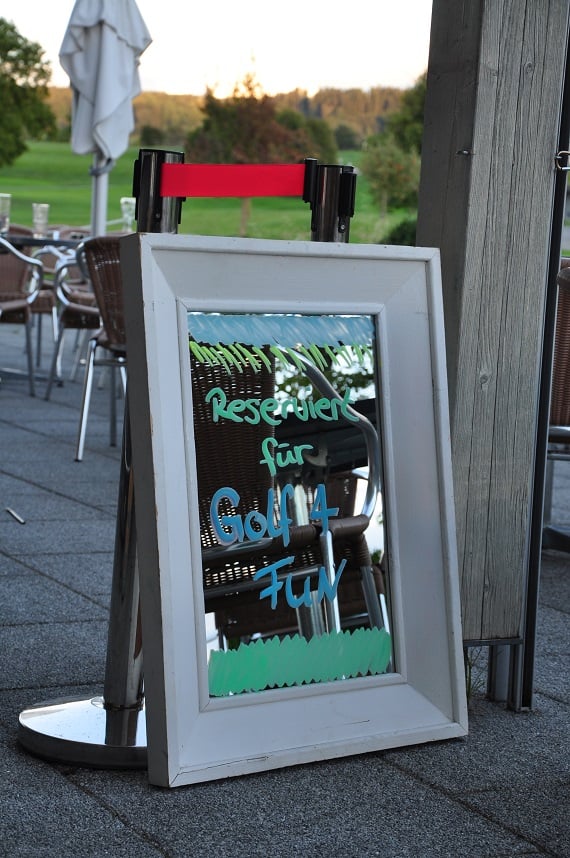