For the second time this season the Golf 4 Fun tournament series was to be played in that little part of Scotland that is Steisslingen.

Having seen the meteorological predictions I had prepared myself for a truly highland experience. I should have had more faith in the tournament talisman that seems to provide us with fine conditions for every round. In fact the clement conditions seemed to have helped the sale of this year’s latest advertising tool, the must- have for the season, a golf polo shirt with logo in a number of fetching colours and at a very reasonable price — ( Right, that’s the plug over with! ). The sun shone brightly and judging by some of the skin colourations seen at the Apero I was not the only one that had forgotten the factor 30. 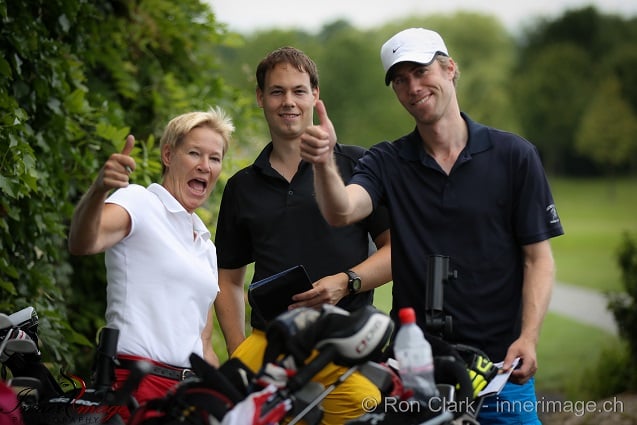 One of the major factors in scoring well here is the Bunda and since April it has now been cultivated with a wide selection of wild flowers and heather creating that highland look. During the course of my average round I luckily managed to avoid thrashing my way out of the flora and fauna bar a couple of holes, and on those it certainly increased my mounting shot tally.

Dealing with the greens was another big facto. Whilst in perfect condition, which helped with the consistent pace, actually getting a good read was another thing and there was a distinct lack of music on the dance floor in my flight. 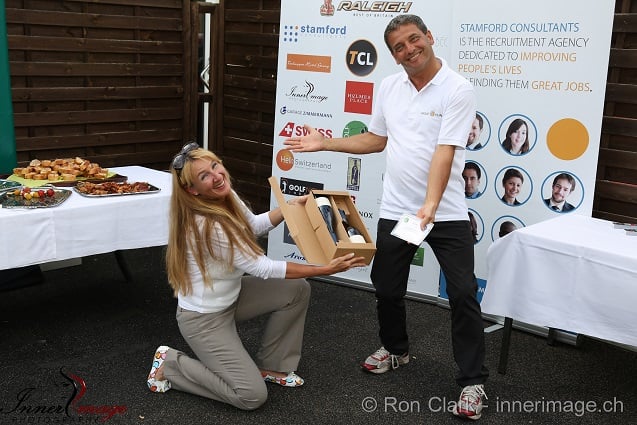 All was to change though on the 14th, as Siegi secured nearest the pin and a birdie to boot, the proceeds of which were very kindly invested in a post -round beer and a highly appreciated Cognac – ( so my 5 CHF investment was not a complete loss ! )

We then entered the part of the course that has been christened by some as- Hell`s Valley – the 15th, 16th and 17th proving as difficult as ever, with my spreading the promotional hardware of Zimmermann Garage liberally over the 3 holes.

The 18th, however, was to be my day`s highlight. After negotiating a particularly thick bunch of Ranunculus, I reached the fringe of the green in 5, and faced an 8 meter putt. The ball glided into the cup for bogey, although being only the third group out there were no appreciative cheers from the gallery spectators who later assembled and enthusiastically welcomed home the second half of the field, which gave a great atmosphere , and was of great encouragement –although some might say pressure – to those finishing off their rounds. .

The day concluded in glorious sunshine with a well received Apero and prizes were awarded and duly applauded, before the gathering departed to watch the second great sporting event of the day, in which Germany were victorious.

Hopefully, in another 4 years I may have conquered this little piece of Scotland. 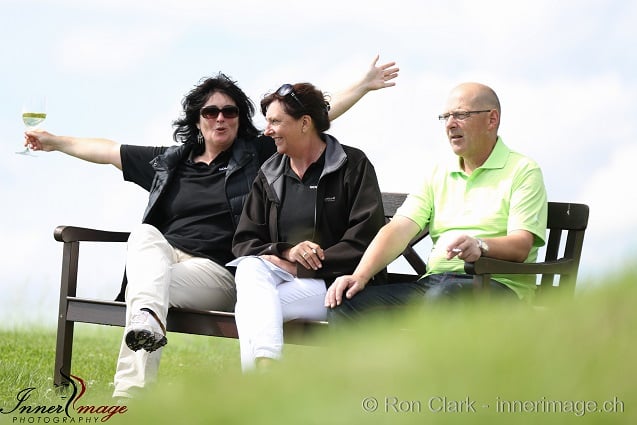 Once again a heap load of thanks to Nora, Dawn and Corinne for making the day run like clockwork, to Ron for the photos and to Evelyn who will return at Gruyere to provide us with her mid round snacks.