No Hugs, No Bugs 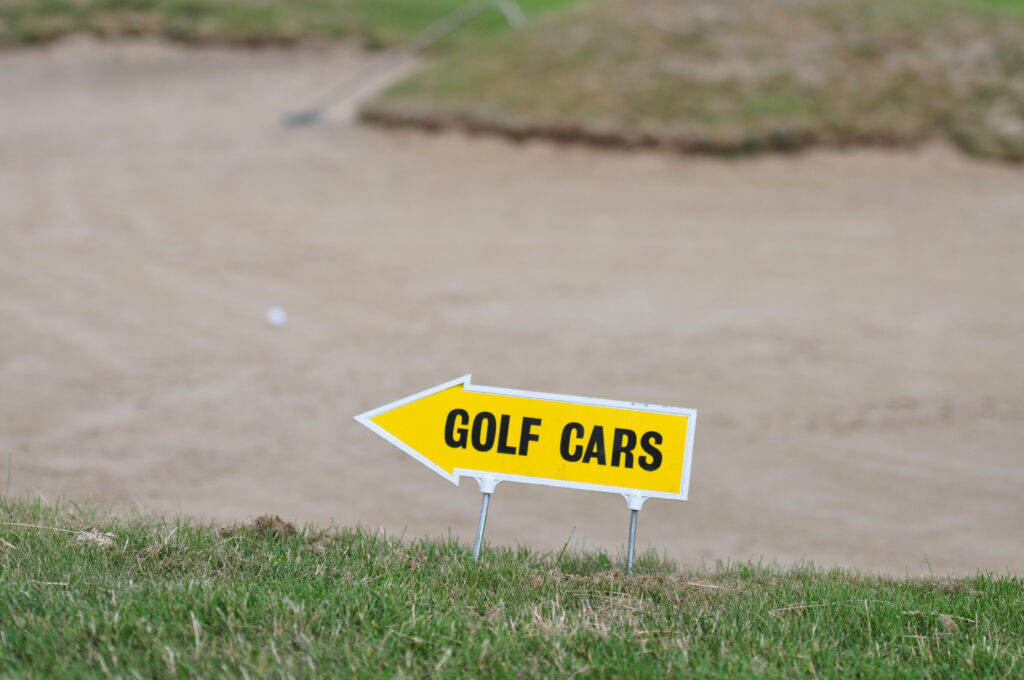 The year 2020 has so far been a year few of us will forget in a hurry, for a number of happy and not so happy reasons, but for around 33 of us last week it was definitely a happy one  with the delayed inaugural 2020 G4F tournament to be played at that little bit of Scotland that is Steisslingen. 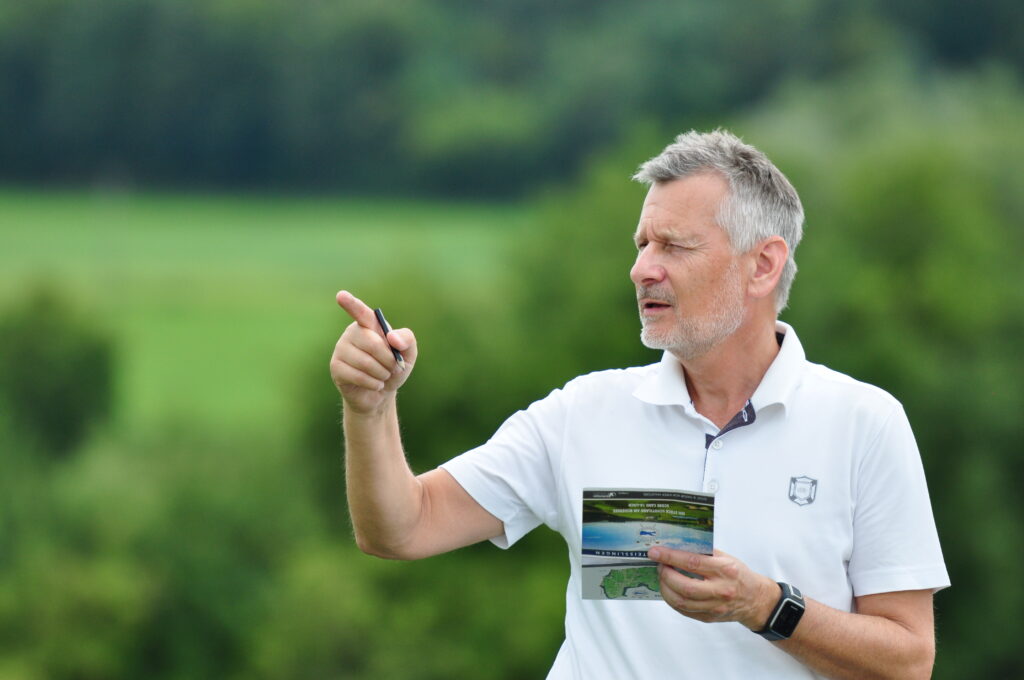 This golfer was feeling upbeat about his prospects , having just played Alsace golf links , which incidentally is to be the venue of the next tournament on 23rd August. In this round I had managed to amass 42 points . If only I could repeat that .

The weather was once again playing ball , and the fairways were dry with plenty of roll, though the rough was high enough to ensure a provisional was to be played should the need arise. A stiff breeze was also likely to keep things interesting. 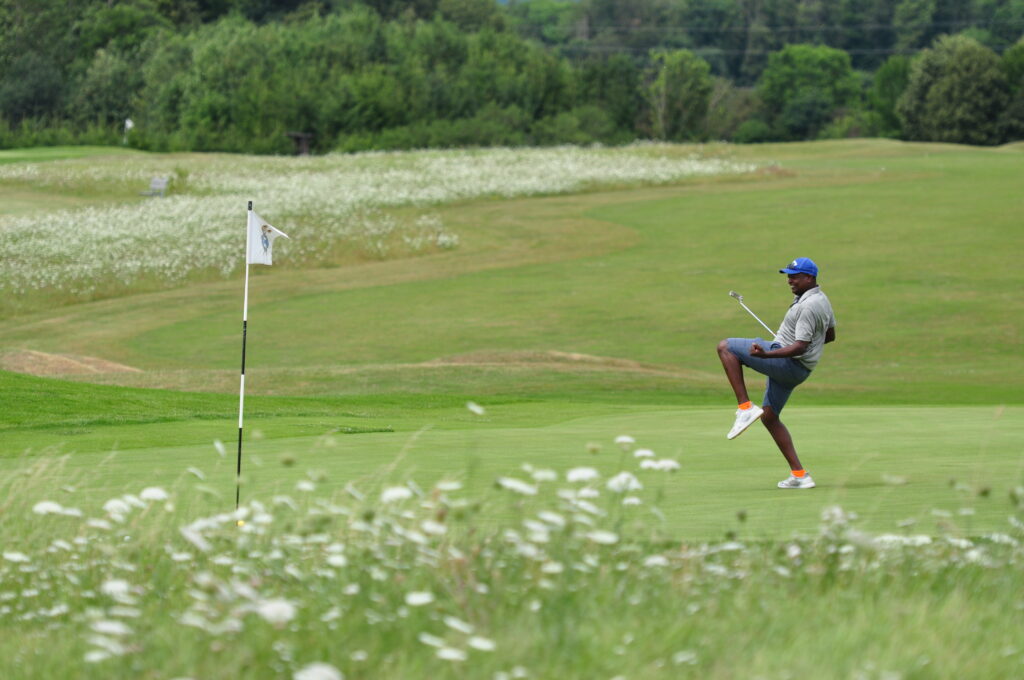 First tee time was 10.00 am , and competitors gathered by the starters hut to pick up the sponsors goodies, under the supervision of Shirley, with Focus water and Ultra Sun both highly appreciated given the conditions.   Nora was also on hand to impart those local rules.

My flight was off at 10.20 , and it seemed as though the golfing Gods were not with me today as I launched my Srixon ultra-soft all of 20 meters  off the tee box – Still not a ladies, and there was relief when my second strike was much more Tiger than damp squid. 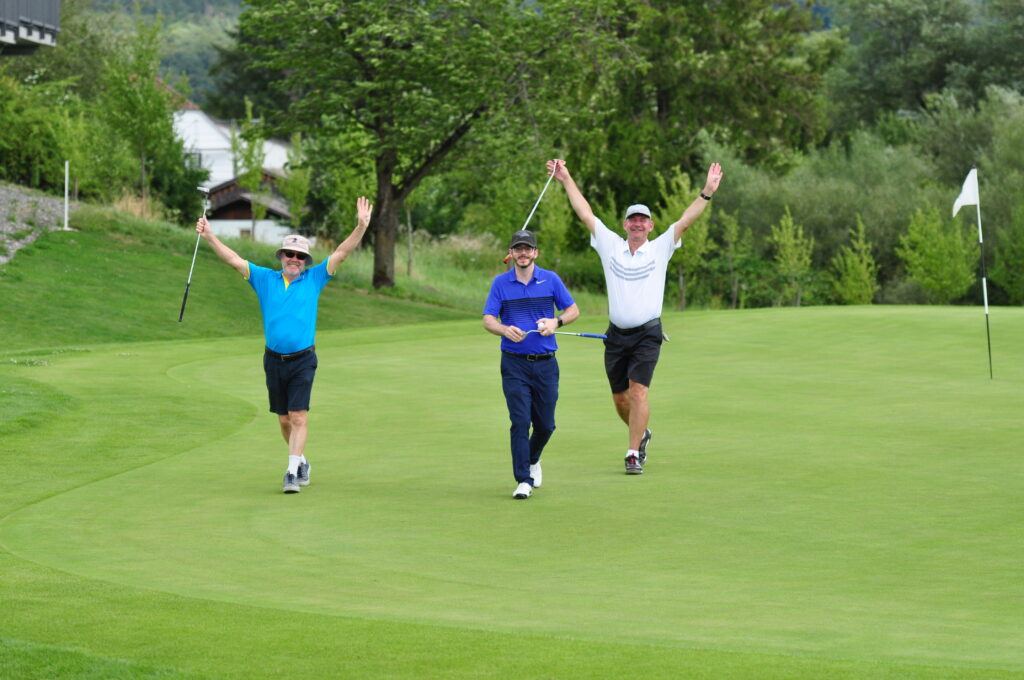 All seemed to be progressing well until the short par 3 fourth. Where a catalogue of  disasters resulted in no score. But at least I managed to play in the sand for a while which following lockdown was a pleasant distraction. Obviously my enjoyment turned out to prove infectious as one of my flight spent a fair amount of time playing in the sand following that incident.

In the blink of an eye we were coming off the ninth and it was mid round snack time, with Shirley and Nora greeting us outside the clubhouse, to offer us a selection of  filled bread rolls as well as further liquid refreshment.

Back nine beckoned , but longest drive , nearest the pin and Orators aim were not to feature today having all fallen victim to the protocol required as a result of C19.

That  stiff breeze was having one good side effect namely that the usual presence of the blood sucking neighbourhood normally so prevalent , especially down in Hell valley where the 15th, 16th and 17th are played , were being kept at bay. 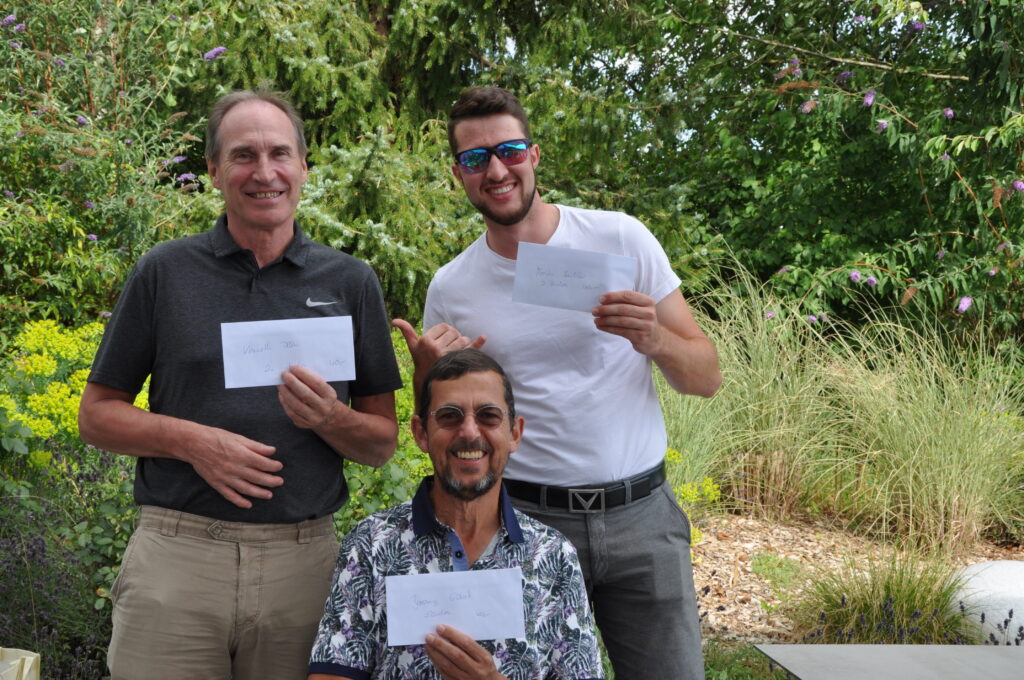 It was on this stretch that my game suffered its worst moment of the day and I managed to get stung in another way.  . Playing the par 5 15th, after three mighty iron shots I found myself on the green in regulation and then proceeded to 4 putt. -OUCH!

Once showered and changed we joined the rest of the field on the large terrace of the clubhouse , to be treated to a pre-selected  German sized portion of schnitzel and potato salad , whilst there were other options also namely Spag Bol or pork fillet with spaetzli. Great job by the kitchen there .

Prize time and congratulations to all the winners , with Brighton taking top honours in Category 1 and whom according to sources could of played the course with just three clubs in his bag , Driver , Wedge ,Putter! His victory was followed closely  by Kenny. Then in Category 2   Andre was top shadowed by Myriam and in Category 3 the ever improving Hanna and Caroline took first and second respectively. 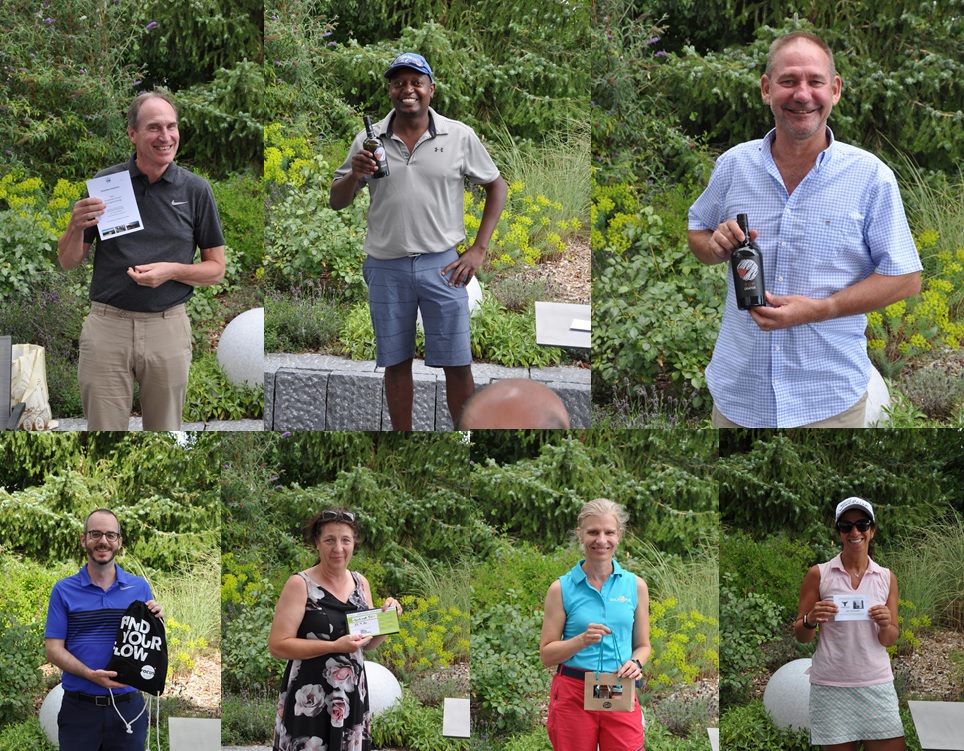 At the close it turned out  not to be the handicap adjusting score one had hoped for , But  I had a great day as I believe  a lot of others had also.

So many thanks as always to Nora , Shirley ,Daniel and our hosts Golf Platz Steisslingen for making the day so successful under difficult circumstances , and a big thanks to our sponsors , Focus Water, Ultra sun , Orator , Vom Fass, Steisslingen Golf, Golf centre Zurich and the very tasty looking Tomahawk steak house in Bulach for their generous support today.

See you in Alsace. 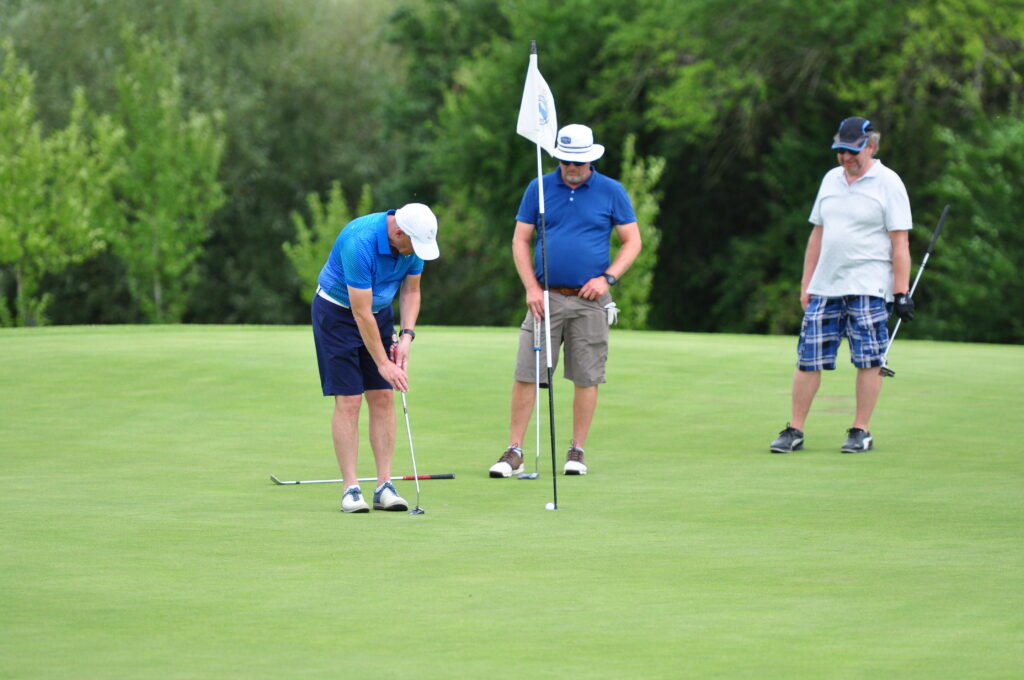 Peter Martin, Hopeful Tiger 2020 …and beyond!